And JESUS weep before entering the city of the self proclaimed chosen people. Jesus warned us about the Anti-Goylumites & these the climate change END TIMES with the book of REVELATIONs & the cause with the 7 north stars of the PRECESSION of the Alpha/Omega equinoxes he held in his hand. "He who has ears (Prerequisite knowledge) will hear (Understand). Mohammed also warned us with 72 virgins because there are 72 human years in one year of the Great Year and prey to the east because eclipsing the galaxies electromagnetic/gravitational plain is going to pull the the oceans around the planet east to west 800 mph at the equator because the planet rotates west to east 1,000 mph at the equator. TicTok these are just the birthing pains of the END TIMES climate change Mother Earth's WATER won't break until the conjunction of the planets coming in 2033 and every 40 years thereafter for the millennia it takes to cross the milky way centre of he Galaxies Double Torus magnet. "Slave=Master" Jew=Gentile, Muslim=Infidel, Black=White=Brown, Rich=Poor, Aboriginal=Colonialist, Queen=Queer. WE all came from our mothers as EQUAL humans. "Parable of the seed" We are all the SUM of our life's experiences, teachings & circumstances. You won't see heaven on earth until all see humanity as a child does without race, creed, cast or religion. Jesus loved all races because there is only one race the HUMAN race with only one minority the individual human. "I came so that humanity might have life & life more abundantly." "All shall seek shelter under rocks or in caves." From the EMP pillars of fire/lightning, Oort cloud comets, 100 lb Talen sized Hail. "The meek hunter gatherers & homesteaders shall inherit the earth." after the Eclipsing the galactic plane RESETS it.

END TIMES climate change due crossing the galaxies magnetic plane for the next millennia.

The climate changes due to the GALACTIC Milankovitch not you & not CO2. Eccentricity 235,000 year rotation of galactic bulge outside force, Obliquity climate trends & Precession climate cataclysms every 12,000 years NOW when our solar system eclipses our galaxies double torus electromagnetic/gravitational plane for a 1,000 years. Antikythera device, Gobekli tepe. "All shall seek shelter under rocks or in caves." The climate disasters your witnessing now are just the birthing pains Mother Earth's east to west WATER will break with the conjunction of the planets in 2033 & every 40 years thereafter for the millennia it takes to cross the galaxies magnetic plane. Jesus he warned us about the self proclaimed Chosen people = Yatzi Master Race & these the END of DAYS with the book of REVEALTIONS & the cause with the 7 north stars of the PRECESSION of the Alpha/Omega Equinoxes cycle he held in his hand. Covid is Baby Boomer Bust due to usual suspects of seasonal FLu which leads to pneumonia & old age. Ezekiel Musk is a self proclaimed chosen person and is LYING to humanity about the cause of climate change being you & Co2 as well as his satellites falling from the sky. Comets from the Oort cloud are being pushed into our atmosphere not Musk's satellites. "The Families who control the timelines of the past control the future. Descendants of Abraham who control the present Media & Money control the past." Orwell Hess 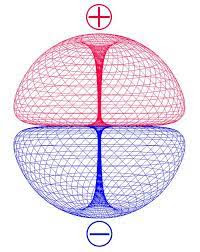 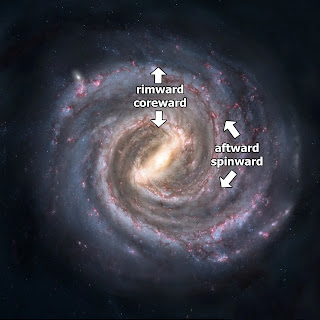 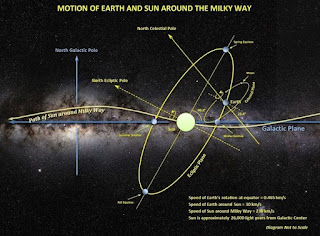 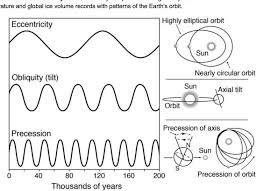 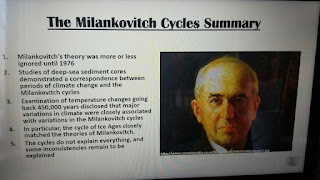 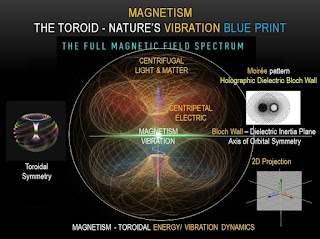 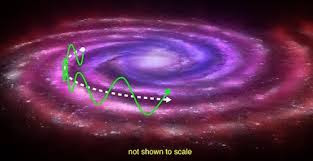 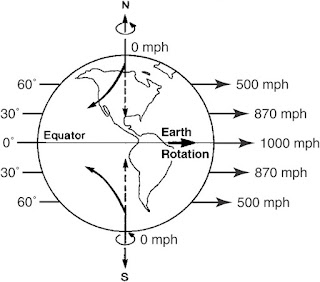 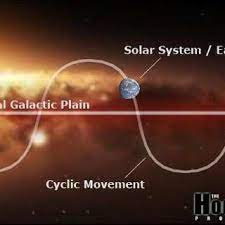 Motive is we are in the Precession END TIMES because our solar system is crossing our galaxies double torus electromagnetic gravitational plane now and for the next 1,000 years. Nothing new under the sun save for the Electromagnetic energy that comes from the Galactic Nucleus via the Sun. Grade 5 science could debunk CO2 caused climate cycles. Temp is rising first and Co2 follows. Cause and Effect. Earth is a closed CO2 loop that self regulates Co2 with LIFE by combining CO2 with H2O to capture the Electromagnetic energy from the galactic Nucleus/Bulge to create life. Energy is neither created nor destroyed. On this planet. All EM energy comes from and or returns to the Double Torus Magnet we call the galactic Nucleus/bulge. The GALACTIC Milankovitch cycles cause our climate cycles. With the 240,000 years rotation of the galactic bulge regulating the amount of energy our solar system receives. Trending US fro mice age at aphelion to tropical age at perihelion every 60,000 years. The reason the global Elitists are lying to you about the cause of climate change is because every 12,000 years NOW, half the 26,000 precession cycle our solar system eclipses crosses over our galaxies electromagnetic/gravitational plane for a 1,000 years causing the END TIMES with EMP pillars of EM fire, Z pinching, Oort cloud comet impacts and Noah’s east to west Tidal waves that wash over the continents and freeze into the continental glaciers lowering sea levels again. We started crossing the Milky Way in 2012 and are just experiencing the birthing pains of climate change cycles so far it is going to get a lot worst. Build that WALL like the CARNAC stones using 1/2 buried sea containers to channel stop the e->W tsunami’s to come. Build underground cities like what the people of Gobekli & Karahan tepe did with Derenkuyu & Capadoccia. Build more garden of Eden Znamya solar sail laser spotlight satellites Implement an END TIMES Marshal plan. Build more Ezekiel Musks VTVL rockets and above all else worship Jesus and speak the truth no matter how inconvenient lest the evil ones rule over you. 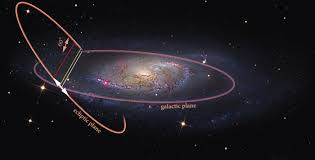 Motive being the EDN TIMES and creating a Brave New World Order again run by the Jews again using their Znamya Solar sail laser spotlight, 5G satellites as was done with Gideon, Jericho etc. The Climate cycles of our water planet as caused by the Great Year Precession of the 7 north stars are Continental glaciers with lower sea levels (Dwarka, MU continent, Atlantis,s) brought on by global east to west cataclysmic Tsunami's that wash over the continents and freeze into the continental glaciers lowering sea levels. The Galactic Milankovitch cycles cause our climate cycles. Eccentricity; 240,000 year rotation of the galactic bulge increasing decreasing amount of EM energy our solar system receives. Obliquity; 60,000 years between Aphelion Ice age and Perihelion tropical age. We are currently at Bill gates Event 201,(000) headed away from Aphelion and towards perihelion tropical age in 40,000 years. Or as Jesus termed it Alpha and Omega. Precession; 26,000 year cycle whereby our solar system crosses over our galaxies double torus electroMAGNETIC gravitational plane for a 1,000 years. NOW for the next Millenia. The last time our solar system crossed the galactic plane (Vernal/Autumnal equinox) was 12,000 years ago .Younger Dryas, Clovis people, Gobekli tepe was buried under 15 meters of 19 different layered sedimentary layers spanning a MILLENNIA. Grade 5 science could debunk CO2 caused climate change. Cause and effect, Closed loop and Energy is neither created nor destroyed. On this planet. All energy comes from and or returns to the galactic nucleus/Bulge double torus. Temperature is rising first and Co2 follows .cause and effect. Earth is a 4.5 Billion year old closed CO2 loop that self regulates CO2 with life by combining CO2 with H2O to capture the EM energy from the Galaxy via the Sun. We live in an Electric universe. Regurgitation is not realization. Covid like CO2 is a comfortable LIE built upon an inconvenient truth. The Baby Boomer Bust due to Seasonal flu Pneumonia and old age. The MASK of the BEAST to Buy or Sell is a Pretext for the heavy metal Clot Shot Depopulation FINAL SOLUTION + 5G. It takes 10 years minimum to develop culture a vacc IF and only IF you can isolate the virus which they can't do because it is the seasonal FLU combined with the baby Boomer Bust. Jesus loved all races because there is only one race with only one minority, the HUMAN race & INDIVIDUAL human.